UN GIORNO, TUTTI I GIORNI / ONE DAY, EVERY DAY

The aim of this exhibition is taking the visitor for a stroll among the houses, palaces, churches, streets, and countryside of medieval Europe through one city: Parma. Set in the Voltoni del Guazzatoio of Palazzo della Pilotta, this path illustrates the economic and political life of Parma, the transformation of the territory, its religious creed, the birth of new institutions, and daily life. It is divided into thematic areas where two intertwined and parallel levels are on display: an objectual one made of records, and a multimedia one made of emotions.

Medieval atmospheres are evoked in three multimedia environments that open up along the way. Against the background of the three-dimensional reconstructions (elaborated by CINECA) of some buildings that epitomize the city, some figures move as small stories take place. Among the pillars of the Cathedral is a synchronized scenario made of five video projections showing the point of view of a man of the people, a humble look at the rites and life of the cathedral. The Rapresaentatio Virginis Marie, the Dramatic Office of Easter Morning, the Entrance of Penitents on Holy Thursday, the Re-enactment of the Descent of the Holy Spirit are cathedral spaces that were virtually reconstructed. We then move from ritual solemnity to everyday life with Days of War, Peace and Market.

In the last room we shift our focus from the city to the perception of the surrounding landscape. The Map of the city of Parma with its annexed territories from 1460-69 is here digitally explored by viewers through a touch-surface that makes it a living document that can tell the stories it contains. 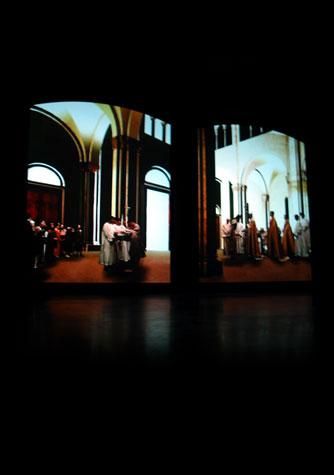 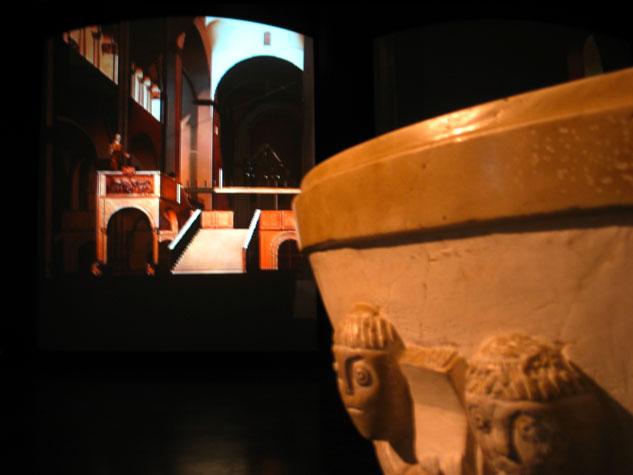 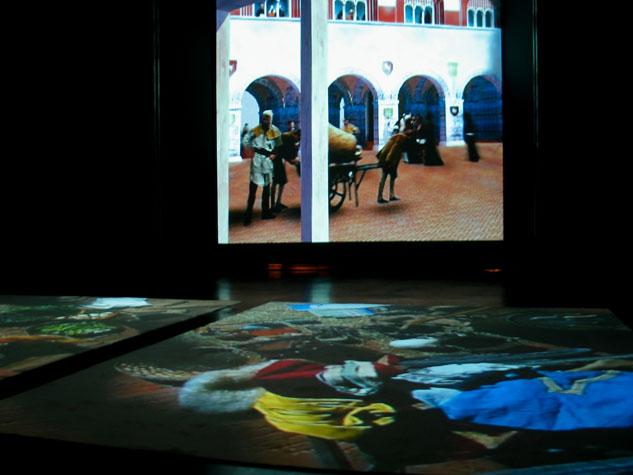