This exhibition highlights figurative culture in the Duchy of Savoy, revealing its patrons, artists, the paths of devotion, and aspects of everyday life. Over three hundred works illustrate the artistic flourishing from the Late Gothic period to early Renaissance: painting on wood, illuminated manuscripts, precious jewellery, skilful carving. These masterpieces include six small multimedia installations dedicated to the artists’ acts and gestures.

Conceived as small workshops, these stations create a dialogue between physical materials and videos that make the acts of handiwork and creativity reappear. Moving images reconstruct the work of stonemasons on two large stone slabs, that of goldsmiths on metal, and then carvers’ work on two heavy wooden planks. Colour preparation is projected on canvas, while the calligrapher’s images appear on a piece of parchment.

The artists’ gestures represent an era and a territory that the viewer is now invited to imagine. A large projected hand outlines the Alps on the walls: lines drawn with Indian ink turn into real natural landscapes, recalling those of the fifteenth century. 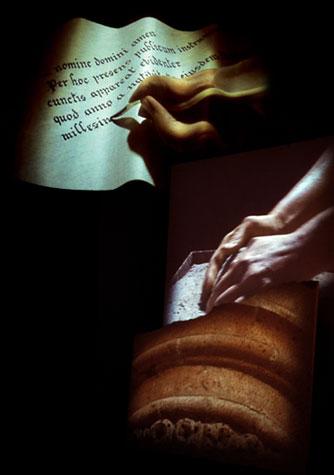 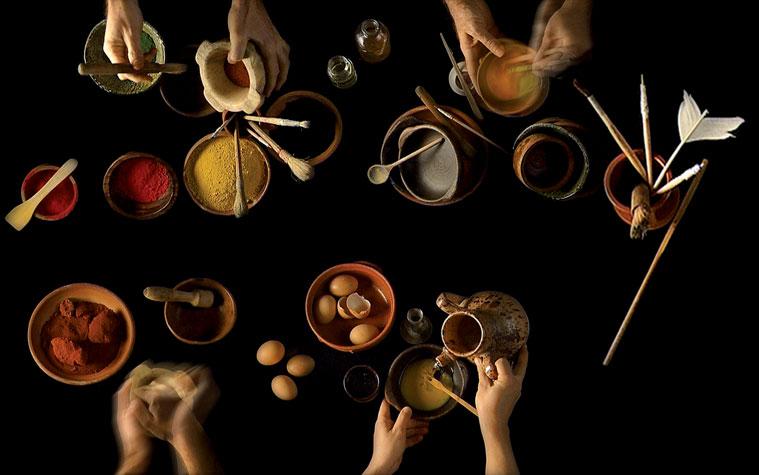