The Theatre of Territories. Savoy cartography between the Alps and the lowlands

This exhibition stemmed from the idea of enhancing and sharing the rich cartographic heritage preserved at Turin’s State Archives. The enormous maps on display recount the intense activity of portrayal of the territory that took place in the eighteenth century in the Kingdom of Sardinia.

Six rooms from the archive were opened to video experimentation, thus becoming the scenarios for an imaginary cartographer’s journey back in time. The displayed maps are turned into natural landscapes, architectures, and recollections of places and experiences. The fragile and ancient fibre of these papers combines lightly with the moving images, which sometimes rest on large rolls of paper, some others on interactive consultation tables.

As if it came from the archive closets, a background of voices, travel notes, historical records, and echoes of eighteenth-century music wraps around the viewer. 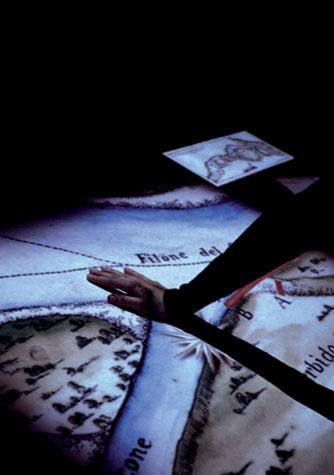 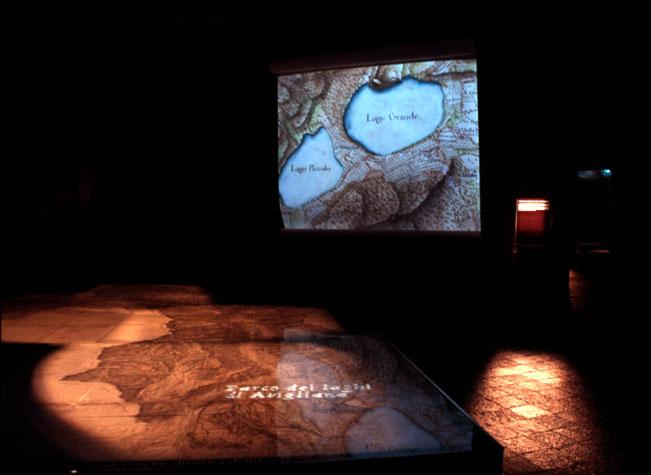