The multimedia museum of Pozzo Gal mine is dedicated to the men who worked here in the first half of the twentieth century, to their families and their histories. It includes testimonies and objects donated to the museum, which represent the most personal and intimate belongings from the miners. The project is a diffused museum spread on three locations: a path inside the Pozzo Gal mine, another part in Arbus, and a third section about work.

The Pozzo Gal path develops over five sensitive environments that are activated by the viewer’s passing. In the first environment, a vintage photo depicting miners is projected on a big iron wall evoking elements from the tunnels. A face taken from that image becomes bigger and bigger, thus highlighting the men that used to work at Pozzo Gal. As you go on, you enter the former compressor room, where three metal interactive tables are placed on the former machine crankcases. The third room hosts a massive hoist, which in the past was connected to the pit’s tower in order to lift the elevators, accompanied by a text projected on the wall. In the following environment, a series of sound postcards opens a comparison between the past and the present. The last installation is a gallery of figures: a series of interactive bookrests makes it possible to listen to the video testimonies collected through a campaign of on-site interviews.

The Arbus site includes the Info-centre and the Teacher’s Table. The Info-centre is a cylindrical metal room reminiscent of the image of a pit; its walls are cut in places where lights comes out, making it possible to use interactive bookrests to retrieve information. The Teacher’s Table is a trapezoidal table around which visitors can sit and face one of its sides: here an electronic teacher on a screen tells the story of these mines like a virtual witness. 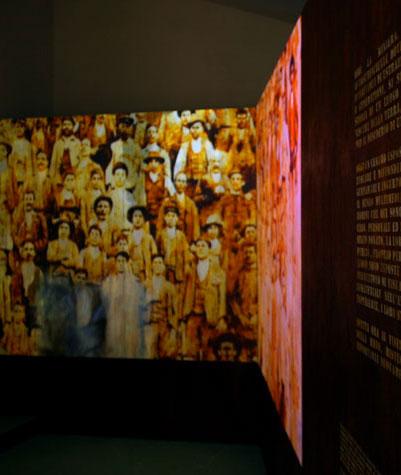 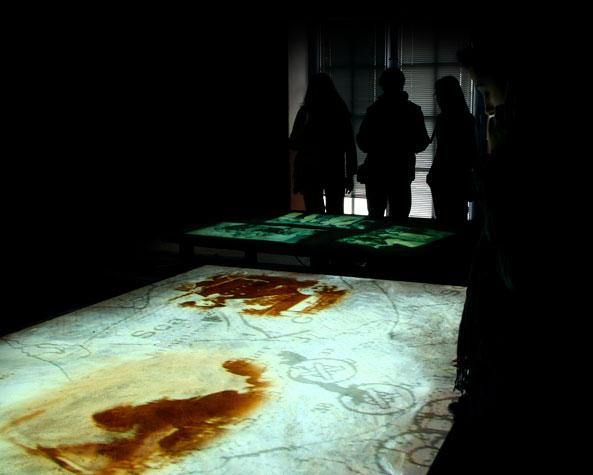 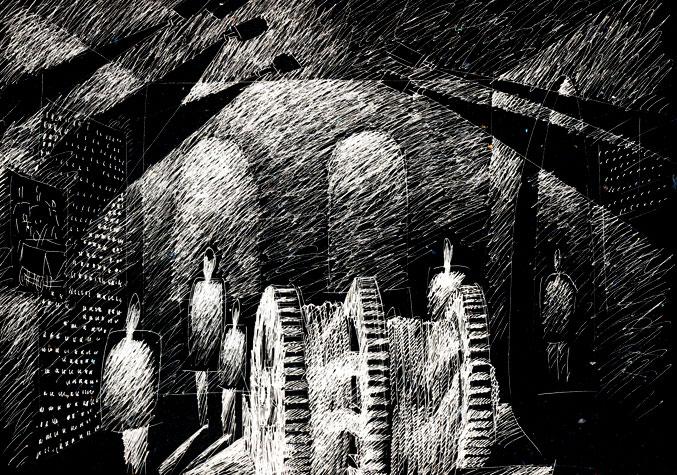