Many craftsmen at work have been filmed during the research trips made by Studio Azzurro to create the installations of the Mediterranean Meditations cycle. Bowmakers, fishermen, saddlers, casters, glassmakers, chisellers, potters, weavers, olive pickers, winemakers, boat builders, restorers, bookbinders, blacksmiths, tanners, doll makers: all of them filmed in their workplaces, their hands in the foreground, as they weave a story of the gestures and sounds generated in creating artefacts.

These fragments have remained in the memory of Studio Azzurro as a great fresco that we had been wanting to turn into a visual and sound installation for a long time; a musical rewriting of the noises generated by the encounter between moulded matter and gestures that have been repeated over the centuries, like a rhythm that marks the entire territory overlooking the Mare Nostrum.

Paolo Rosa and his deep-felt love for the sea and the daily revelation of the “fine gesture” were in our minds as we unveiled this fresco, something we had imagined together so many times. 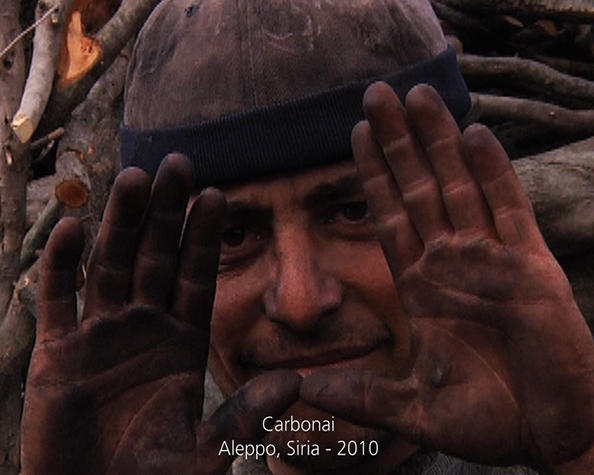