In 2010, Studio Azzurro took once again part in a leg of the previously started project (2000) about the Mediterranean, this time with a sensitive environment for Palazzo Ducale, in Genoa. The space is transformed by showing faraway scenarios that evoke the origins of Mediterranean peoples, the genesis and the interweaving of the cultures that inhabit it.

A journey among visions of the Middle East – among landscapes, archaeological pieces, and architectures that pursue the memory of Mare Nostrum – is conducted through glances, by eyes that move as they conjure memories. The images of the eyes guide the viewer’s gaze towards those uncertain places between past and present, often leaving a flavour of decline, of weary consumption, of slow decay. Mysterious dead cities appear – stones consumed by sand, desert and sea winds, mud towers dissolved by the sun, remains of marble columns. Traces of cities that have disappeared in history surface at the crossroads between East and West. This wear and tear is felt throughout the entire Mediterranean, but here, more than elsewhere, it conjures the origin, the moment when man ceased to be pure struggle for survival and shaped culture and civilization: writing, exchange, beauty.

Today the Euphrates still flows vertically, moving thanks to norias, ancient wheels which tirelessly raise water and generate a high-pitched sound that accompanies their struggle with time. And in the landscape of the modern Mare Nostrum, crammed with cement and plastic, the river of its origins echoes like a faint agony song. 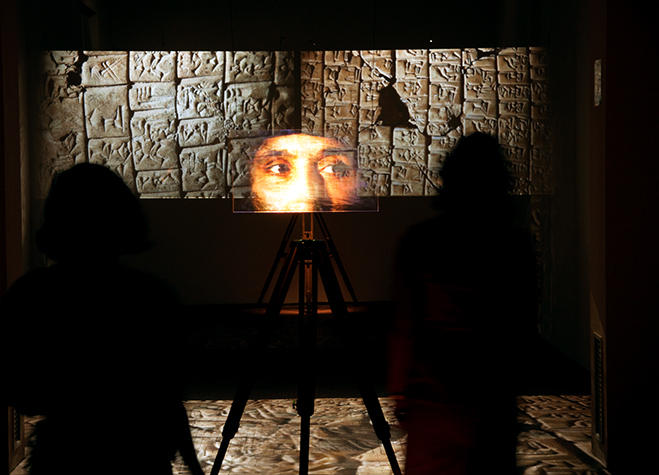 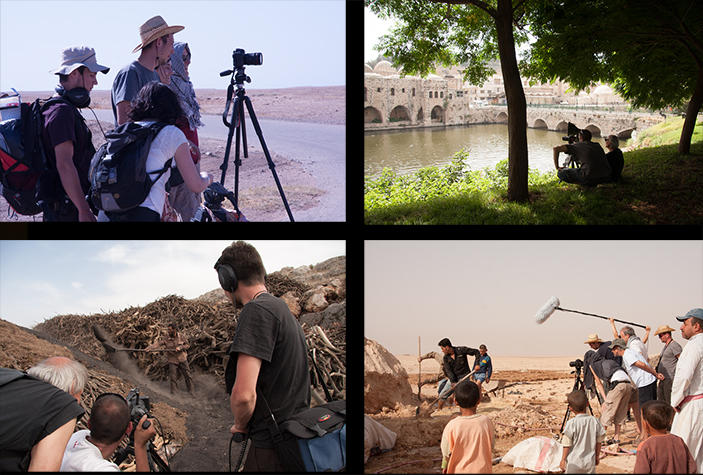