Valentia Sensibile is a project aiming at creating appreciation for the area of Vibo Valentia, as well as a promotion of its cultural identity. Its goal is to tell the memory of places while connecting people, art, and multimedia.

Studio Azzurro designed and created The Tales of the Horizons and The Assembly Box, two video installations that represent the starting phase of the project. They are the first instance in the possible perspective of the making of a “creative post”: such is the term used by Studio Azzurro to define a live, flexible cultural site that can adjust to different perspectives. It differs from traditional museums or other social spaces in that it is a space for relationships and creative exchange, a catalyst for cultural activity, educational or experimental experiences, and for the interpretation of memory or of the identity of an area; a place where culture, experimentation and tradition meet. The possible developments for this project as they were designed by Studio Azzurro for Valentia Sensibile, are presented in the multimedia installation The Assembly Box.

The Tales of the Horizons is a collection of direct testimonies from the inhabitants of the Vibo Valentia area, a set of oral tales that alternate with landscapes, thus creating a horizon of moving images. The identity of the area is thus reconstructed through personal histories, details, and peculiar features. Places are enclosed in their inhabitants’ stories. This work makes it possible to develop the process of identification of citizens with their area and traditions in a shared journey of knowledge.

Valentia Sensibile is a part of the Sensi Contemporanei Programme, which supports projects in favour of social and economic development through the arts in the Italian South. Promoted by MiBACT and MiSE, the programme was started in seven Italian regions, including Calabria. 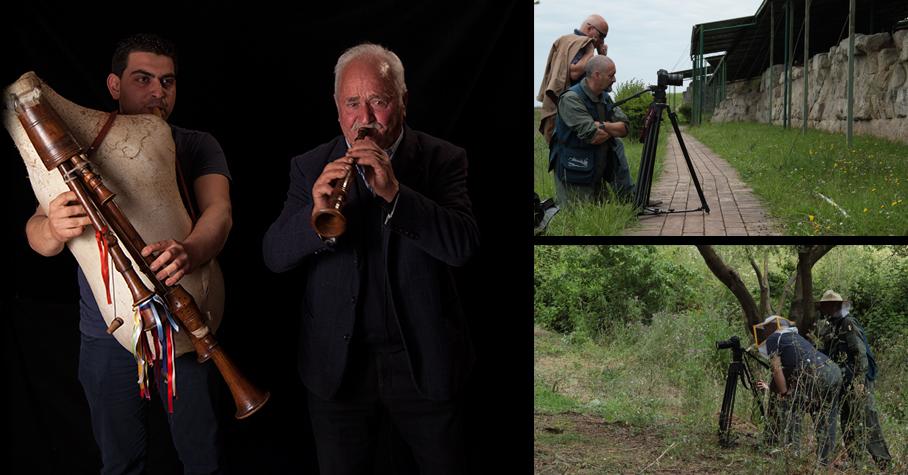