Four elements: fire, air, water, and light. Each is represented by a column formed by four screens. They act as hourglasses carrying images from video to video, turning them into something else at every step. The fire turns into a thin burning line, and the line coincides with a red thread; the thread, in turn, forms a mesh that is continuously created and unravelled. Connected by this relationship, the screens create the illusion of a continuous space.

In the same way as fire, the other three elements that make up the video environment show themselves: all four become thread and fabric. The continuous making and unravelling of the four coloured meshes and the unstoppable vitality of the natural elements generate a constant movement that crosses the screens and prolongs them one inside the other. Televisions no longer appear as pressurized boxes of images and sounds: as if they were communicating with each other through some small opening, they generate a single machine made of gestures and sounds, as the hourglasses measure the infinite time of their metamorphosis. 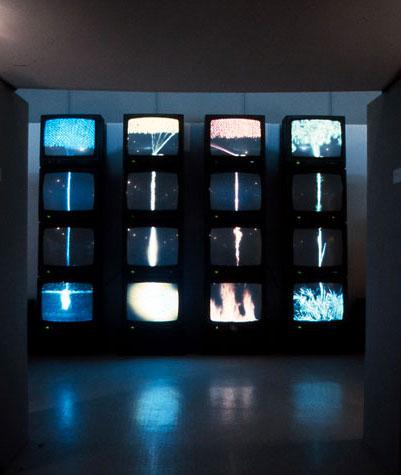 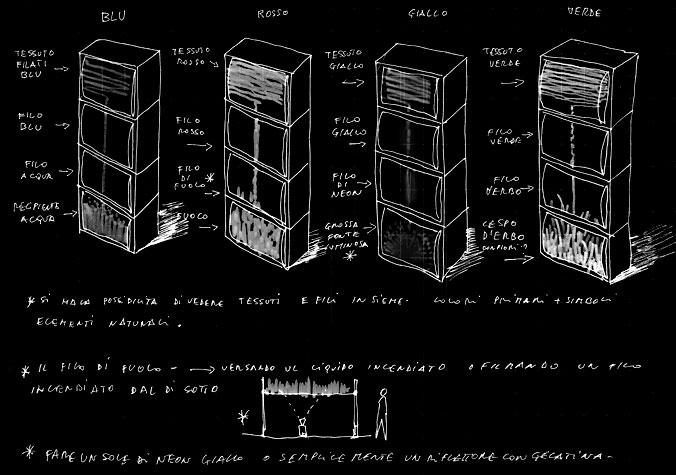