The Rituals of Day and Night

In the Eastern cell of the Capitolium, inside the Archaeological Park in Brescia, Studio Azzurro created a multimedia environment with strong theatrical reminiscences.

An animated model is the main attraction at the centre of the room. Thanks to its interactive margins, it introduces the visitor to the knowledge and the physical and emotional exploration of the archaeological site.

The second element, which is just as relevant, is made of two systems of textile curtains that shut down the sides of the temple’s cell. The surface of these canvases is sensitive to touch and makes it possible for the audience to take active part in their visit. Fluctuating images of ritual processions are projected on them.

A further textile curtain is placed on what is left of the votive altar of the cell as a projection screen, thus creating another evocative surface. 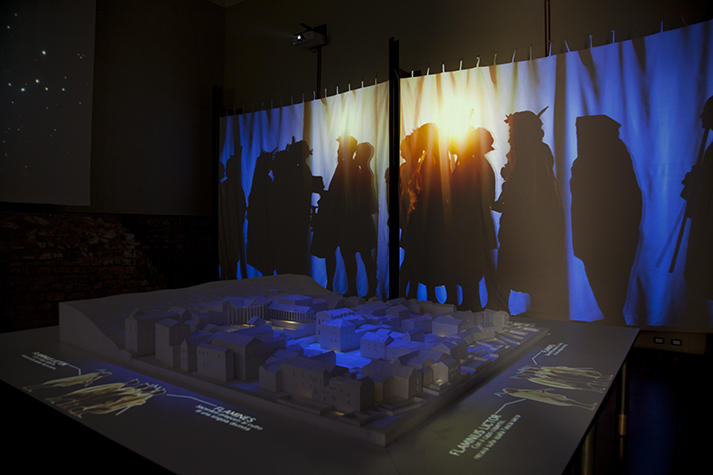 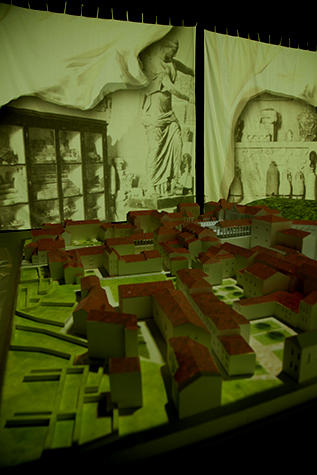 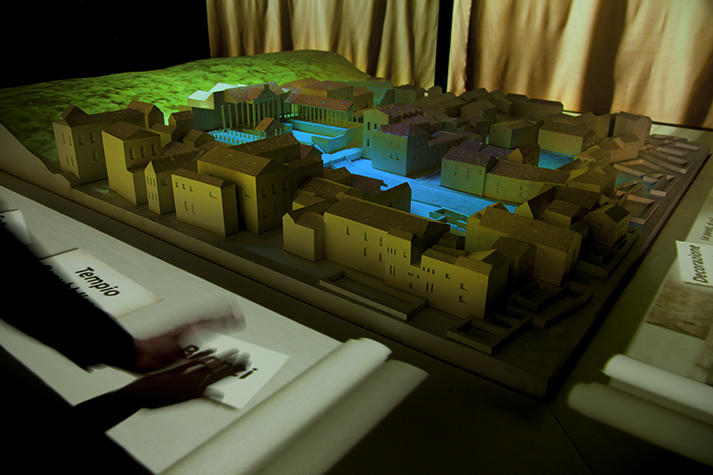 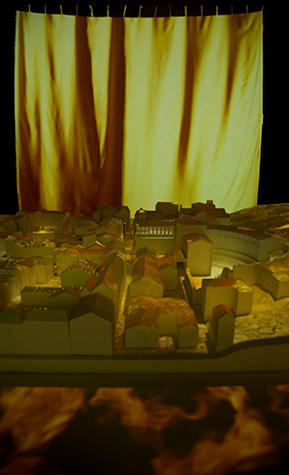