Variations on objects realised by the Memphis group

A frog leaps in

Like a haiku (a traditional form of Japanese poetry), the first video environment is created. A number of videos have been placed in semi-darkness and lights bordering the space light up on the objects on show, objects that these videos transform into image. Each screen is treated like a miniature stage on which the real object is mimicked.

The aim is to set up an ongoing dialogue between the space within the screen and the space outside it, between the physical stillness of the object and the changing nature of the represented image. It is a path strewn with minor deceptions that seeks to highlight the expressive use of the video medium. Eleven monitors continuously broadcast videos onto objects similar to the 1981-82 collection by the designer group Memphis. 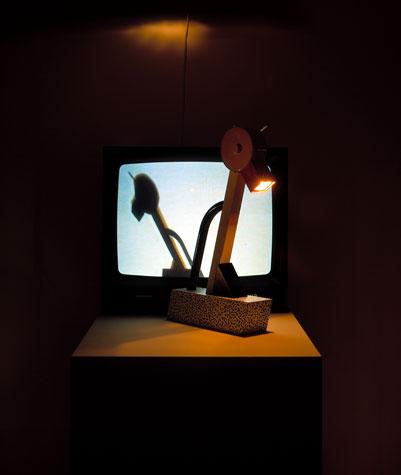 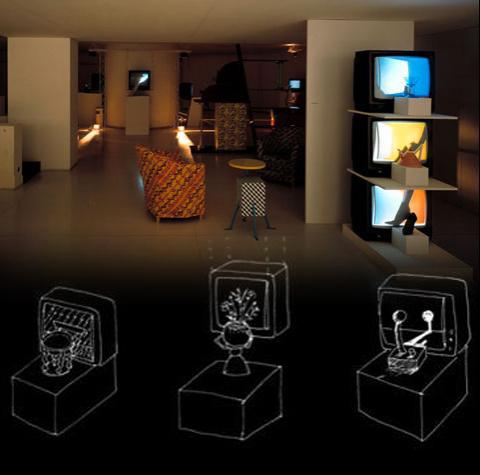 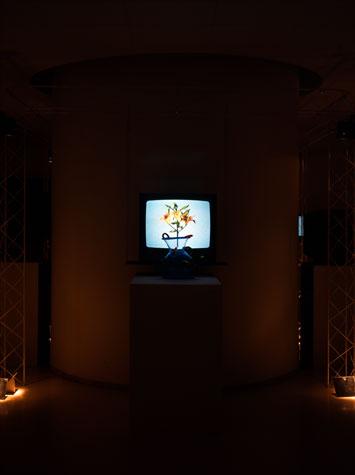 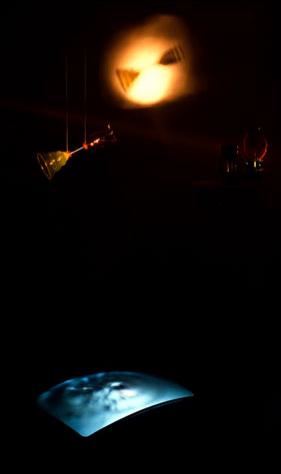 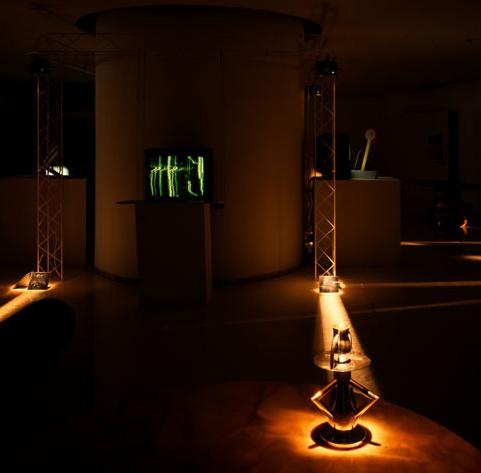 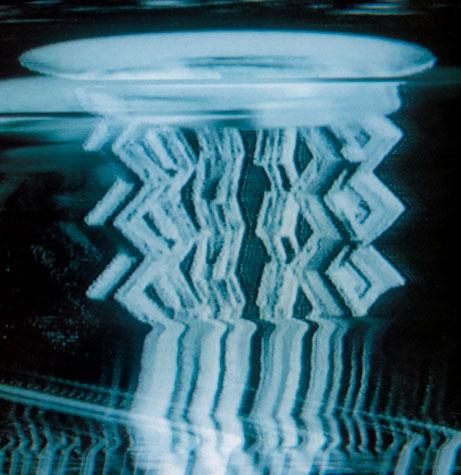 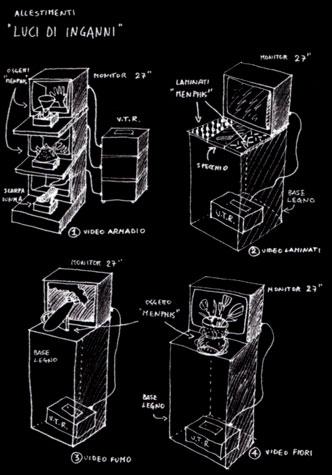 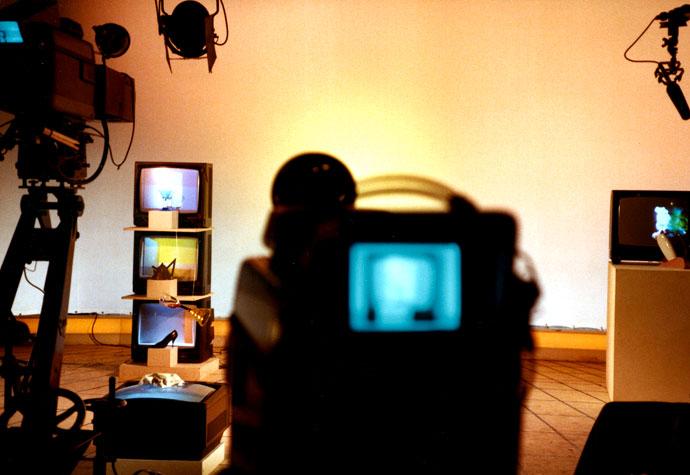