On a weather map, a small cross-shaped cursor moves and marks out the desired position. With great assuredness, it points out paths and trajectories through places, seas, forests, deserts and cities. Suddenly, this winged cross that appears to have the shape of an Icarus, spreads its wax wings and slips away from the imposed coordinates. It disappears off the screen, escaping from the viewer’s gaze. An accident just like mythology would have it? Or a form of fiction as escapism, similar to Raymond Queneau’s evocation of Icarus?

In a circular space in Villa Comunale park, Taormina, a cross-like sign made up of twenty-four monitors is discovered. The cross bears an imprint of the sequence of spaces crossed: stone, river, desert, fiery landscapes. Images stolen during the great escape. Nearby, erasing the satellite images, the new trajectory of the great cursor is video-projected on two mounds, one made of lava stone and the other made of salt. 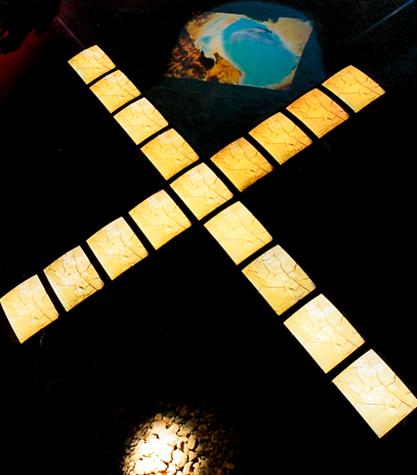 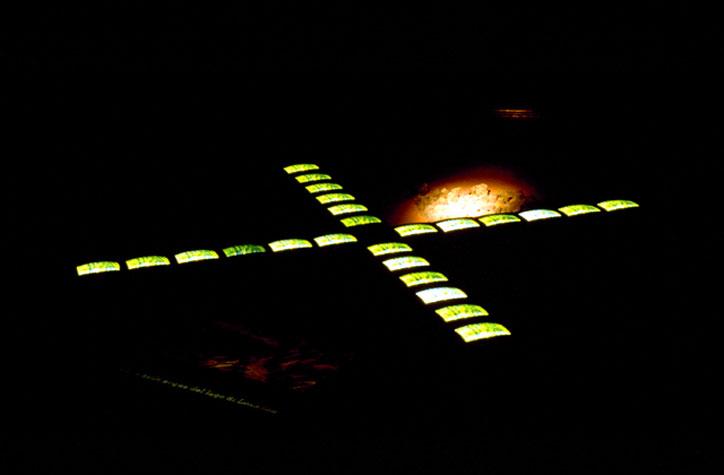 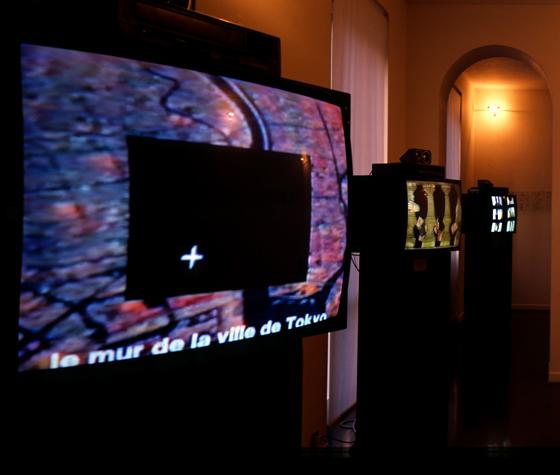 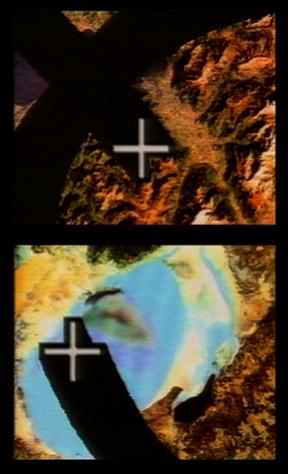 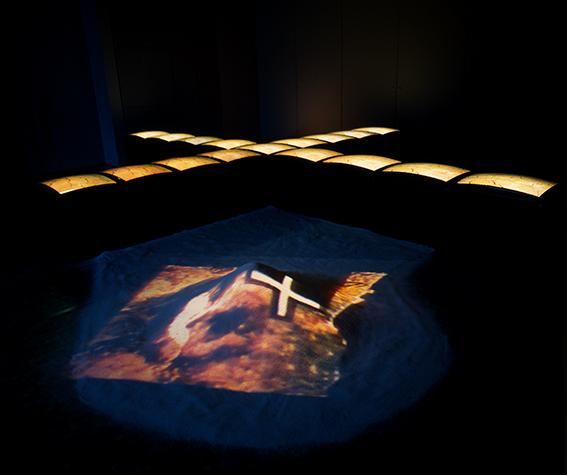 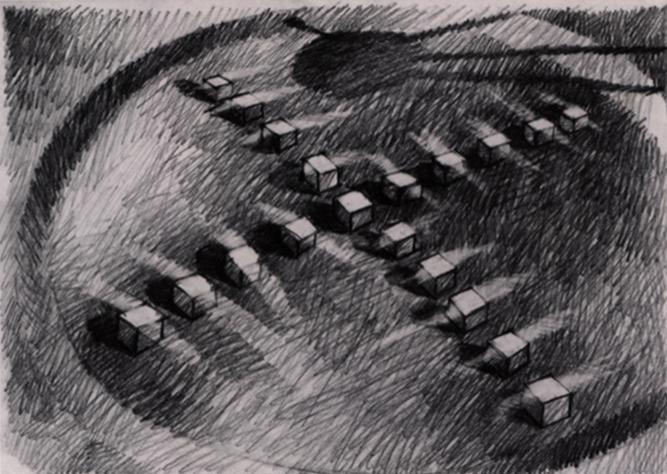 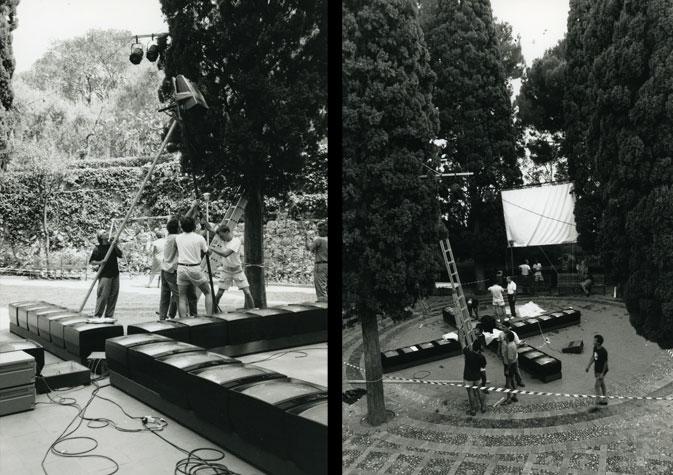